Throughout his career, Steve has shared the stage with many of his musical heroes including Ray Charles, BB King, ZZ Top, Jimmie Vaughan, Hubert Sumlin, Jeff Beck and many others. Over the course of nine albums, he’s explored everything from hard rock, country, and stoner rock to folk music while always incorporating the essence of his first love, the blues.

Steve’s reputation as an exciting performer has provided him the opportunity to showcase his talents at some of Canada’s biggest music festivals including the Montreal Jazz Festival, Ottawa Bluesfest, Jazz Winnipeg Festival, Saskatchewan Jazz Festival, Kitchener Blues Festival and more. Steve Hill is clearly in his element as a solo artist and one-man band, inviting listeners into a world of musical madness in the form of blues and rock ‘n’ roll.

“The One Man Blues Rock Band” features originals that are outright rockers (Damned, Dangerous, Rhythm All Over, The Ballad of Jonny Wabo, Still Got It Bad to more acoustic-based melodic tracks (Emily) and three re-imagined and rearranged covers (Voodoo Child). The live album shows an artist at the top of his game. It comes to no surprise why the Montreal Gazette has referred to Steve Hill as, “the meanest guitar player in Canada.”
CLICK HERE TO BUY VIA AMAZON 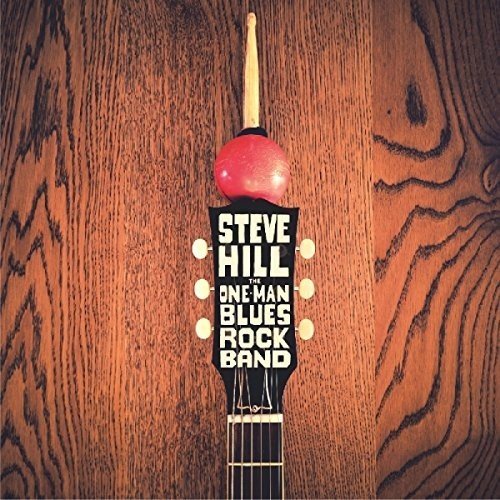