“One Less Cross to Bear” is Bonamassa track from his live album Live At Radio City Music Hall which is available in CD&DVD and CD&BLU-RAY editions from October 2, 2015.

This beautifully shot video features smoking solos from blues-titan Joe Bonamassa, keyboardist Reese Wynans, and a drum/percussion duet performed by Tal Bergman and Lenny Castro. “One Less Cross to Bear” is one of two newly recorded songs by Joe, along with “Still Water.” The forthcoming album recorded at the iconic Radio City in January, 2015 features 11 never before released live cuts including “Living on the Moon,” “Trouble Town,” and “Never Give All Your Heart.” 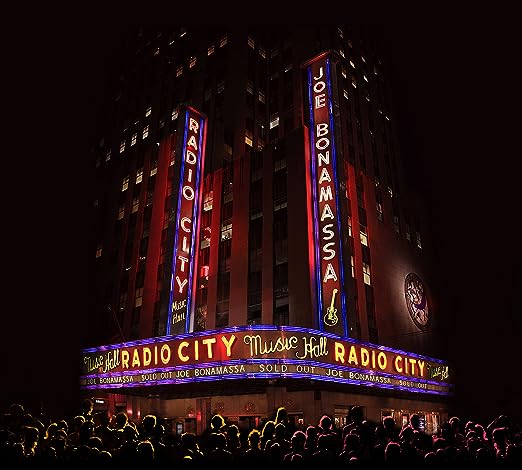 Joe Bonamassa is a guitarist whose work is often referred to as postmodern blues. In addition to his solo career, the artist has repeatedly supported other performers.

Readers of “Guitar Player Magazine” have repeatedly recognized him as the best blues guitarist of the year.

His music was often defined as “postmodern blues”, but you can hear also influences from the Mississippi Delta, the 1960s British Blues Invasion, and pure rock plays.

In May 2009, Bonamassa played a concert at London’s famous Royal Albert Hall, for which tickets were sold out, in less than a week! This unusual event, which the artist himself describes as the culmination of 20 years spent on stage, was released on a DVD. That evening, next to Bonamassa, special guests, British music legend, Eric Clapton and Paul Jones also appeared on the stage.