B.B. King Live In Africa ’74 is a rare – extremely rare – intimate view of
B.B. King in concert. At age 49, having “crossed over” to wide popularity with his show
at the Fillmore West in 1968 and secured his fame with the 1970 hit “The Thrill Is Gone,”
B.B. stands onstage before Muhammad Ali and a crowd of 80,000 on the continent his
ancestors left in chains and gives one of the most thrilling performances of his life. “The
King of the Blues” (B.B.), “Soul Brother #1” (James Brown) and other African-American
artists on the bill reveled in the return to their cultural motherland for a gala affair that was
attended by fans and journalists from all over the world.

The backstory around this performance is rich. Behind B.B. is a large orchestra,
made up of core members of B B King’s touring band – pianist Ron Levy, drummer Sonny
Freeman and saxophonist Bobby Forte – plus studio musicians recruited (mostly) from
New York, including renowned session guitarist Larry Carlton. Directed by Hampton
Reese, B.B.’s longtime friend and musical tutor (you’ll see him in his plaid sport coat
conducting the band), this collection of musicians achieved their amazing performance
after a single rehearsal in Kinshasa. Hampton wrote the charts for all the songs in the set,
and every musician was playing from those charts. 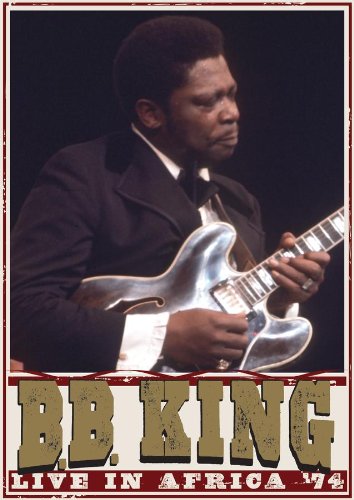 Of the musicians who played that concert from B.B.’s 1974 touring band, only
Ron Levy is still living. Here are some of his recollections of the unforgettable trip to
Zaire (now the Democratic Republic of Congo) and their historic performance there:

To perform in Africa – the land of his ancestors, at this stadium event before
80,000 – plus crazed, hot, sweaty, dancing and bouncing heads and soulfully
pained hearts — must have had a very special personal significance for B.B.,
as it did for us all. We all realized this was not just another gig. It was history,
good history. We were all very proud to be a part of it. As far as the set went,
we performed 8.B.’s most famous hits. I have to say, this was probably the
first lime this crowd ever heard – or heard of – B.B. King. but as usual he
left them wanting more, as well as an indelible memory of his sincere personal
passion and deep-felt blues.

He definitely connected with them like the beloved king he is. If you’re a
B B King fan, you are in for a rare treat with B.B, King Live in Africa ’74. If this is
your introduction to the King of the Blues, you’ll understand why he is so loved the
world over.

Charles Sawyer is the author of the first biography of B.B. King.
The Arrival Of B B King (Doubleday 1980, Da Capo 1982),
He teaches “”History Of Blues In America” at Harvard Extension School,
and leads his own blues band, 2120 South Michigan Avenue.